It was a quick protype developed during the Big Data Hackathon organized by HackHackers Delhi Chapter.

The outcome was a heatmap of India, depicting the infant mortality rates in different states of India (probably in 2005; data obtained from http://data.gov.in/ ).

It was a product of a quick one-day hackthon (journalists + coders), that took place around Feb'13.

This repo is a revised version of the same, compatible with Django 1.6.* 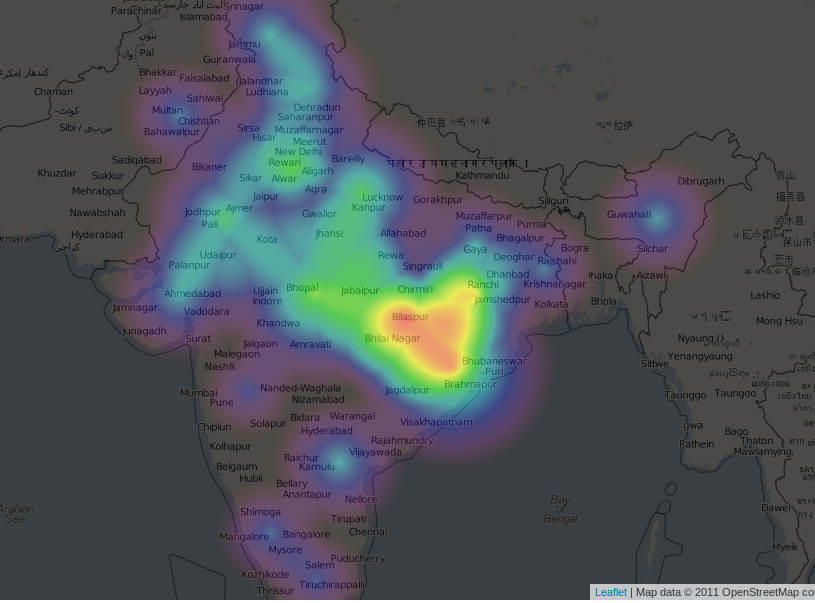 Go to http://localhost:8000 to browse India's position on the map, zoom right in to see the distribution.

This page was generated by GitHub Pages using the Architect theme by Jason Long.